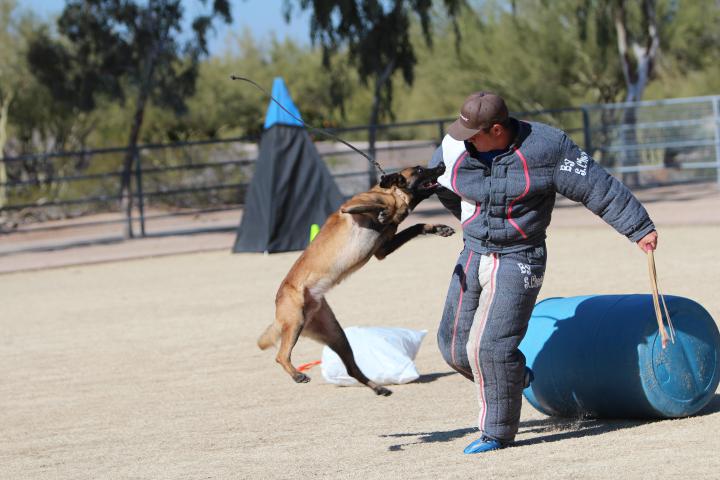 If you hired Chad Hunter to teach you how to become a Ring Decoy, or if you went to one of his workshops on decoy training, you would get the same information that is in this self study course.

This video for this self-study decoy workshop was filmed at a Leerburg seminar.

The instructor was Chad Hunter. Chad is a French Ring judge who has also competed in over 90 French ring trials. He has trained 4 dogs to Level 3 in French Ring.  Chad is also a level 2 French Ring decoy and while he has decoyed trials he considers himself a training decoy.

Chad brought his friend Justin Gannon (a Level 3 French Ring Decoy) to assist in the decoy workshop. His friend Spencer Bowman (a level one decoy who is about to test for level 2) was at Leerburg for our 3 day French Ring handler’s seminar that took place after the decoy workshop. Both Justin and Spenser are excellent decoys as well as talented instructors.

The French ring and Mondio Ring decoys are the most skilled decoys in all of the biting dog sports. I chose to offer this seminar as a self-study course because it was so well organized and presented.

The video contains the raw video footage that has been cut up and put into the various modules listed below. There are close to 100 short videos. It took 5 days of editing to do this. If you want some of the best decoy training material available buy this course. If you expect a polished video production with fancy graphics that’s not what this is. I put this together to help people learn how to become safe skilled decoys. The information in this course will help train decoys in every biting sport, including police service work.

There are only about 200 people in the French Ring in the United States and maybe a little more in Mondio Ring. some camera movement bothers you, don’t buy the course.

Learning to be a safe decoy is not for everyone, but those who want to learn should learn from someone like Chad. I have been to a lot of seminars over the past 50 years, Chad is one of the best I have seen. From the very beginning Chad’s goal was to teach the students the fundamentals of becoming a safe decoy for the dogs and to catch dog’s without getting hurt themselves.

I broke the seminar into a number of modules based on topics. They were:

The blind work in French Ring includes a decoy escort out of the blind by the dog. Chad and Justin explain how to test the dogs training in the first 20 steps out of the blind. 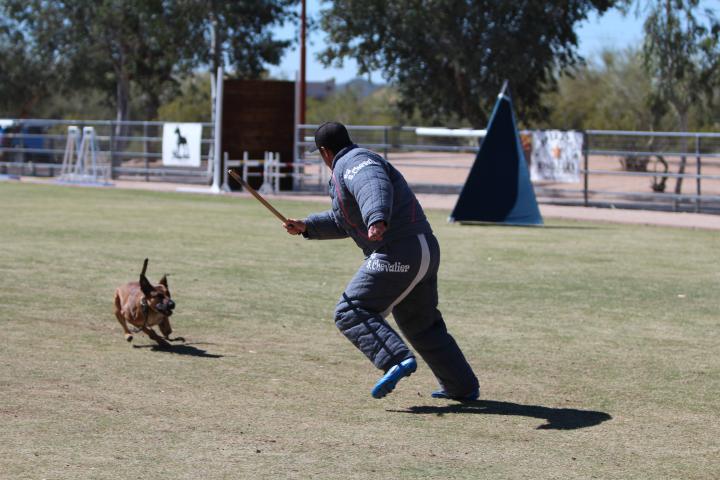 There are a million ways to get hurt in dog training. Those people who want to become decoys should be in good physical condition and only work under direct supervision of a trained decoy who has a lot of experience.

We recommend you visit the last segment of MODULE 10 to see how serious this training is. You will see photos of a friend who broke a leg doing decoy work.

Student decoys who want to learn how to safely work French Ring and Mondio Ring sport dogs in bite work.

There are no featured testimonials for this course yet.

Powered by LMS, a subsidiary of Leerburg Enterprises, Inc.